We started this blog in the fall with a contest inspired by author Michael Pollan and the New York Times “Well Blog.” The goal: to capture the spirit of a Wilderness Volunteers work project in words, seven to be exact. And our creative and dedicated wordsmiths have done just that, articulating the perils of volunteering amidst quicksand and Russian “invaders,” the peace-inducing effects of Pulaski swinging and trail building, and the forging of friendships and timeless memories in the backcountry. The judges are weighing in, and the winner of WV’s Seven Words of Wisdom contest will be announced shortly.

Which brings us, of course, to our next contest. It’s been said that “a picture is worth a thousand words,” which is a lot more than seven. Speaking in 1911 before the Syracuse Advertising Men’s Club, newspaper editor Arthur Brisbane, in one of the earliest usages of this oft-repeated maxim, urged his audience:

“Use a picture. It’s worth a thousand words.”

Heeding Brisbane’s wisdom, Wilderness Volunteers intends to do just that. We’ve captured the spirit of a WV work project in seven words; it’s now time to capture it in a thousand – in a picture!

It’s simple. We’re looking for photos of folks working, hiking, hanging out – doing whatever you feel demonstrates the best of Wilderness Volunteers. Select up to four photos from any WV trips you’ve participated in, include the name and date of the project, as well as a brief caption describing the photo (humor appreciated), and email your entries to Mike Leonard at mrleonard89@gmail.com. Prizes will be awarded for the top three submissions (one prize per entrant), and the contest will run until January 31st. First place wins a 27 oz. stainless-steel WV Klean Kanteen, second place a WV cap, and third place a WV bandanna. All entries will be posted and viewable online in the WV Photo Gallery.

Here’s mine, taken before I understood the finer (err, basic…) points of photography: 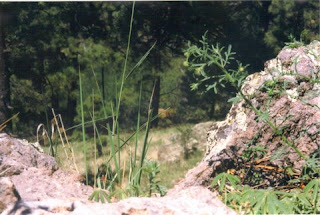 And one more, taken when I realized the rest of us didn’t either: 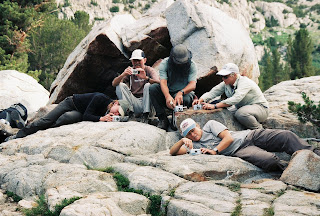 “How do I work this thing again?”