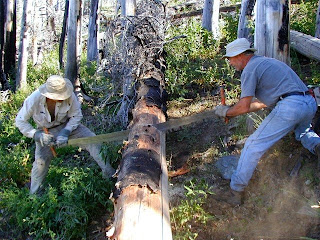 Sunday’s New York Times has a captivating article on “America’s Outback: Southern Utah,” which prominently features the expansive 1.9 million acre Grand Staircase-Escalante National Monument and the nearly 400 square miles of sandstone canyons, cliffs, domes, and monoliths that comprise Capitol Reef National Park. Retracing the adventurous 1872 journey of John Wesley Powell and 18-year old New Yorker Frederick Dellenbaugh into this vast, unexplored desert, the article reveals some of the Southwest’s best-kept secrets, which today – as then – often go overlooked, hidden within the formidable shadows of their more popular neighbors in the Grand Canyon, Arches, and Zion.

Traveling to different parts of the country, I’ve found that is often the case, as I’ve explored some spectacular places that have never been mentioned alongside the big-name destinations like Yosemite, Yellowstone, Denali, Acadia, Glacier, and more. Unsurprisingly, it is the lesser-known and lesser-explored parks, forests, and wilderness areas – like Utah’s Escalante and Capitol Reef – that need the most support from volunteers, and it is in these very places that Wilderness Volunteers does some of its most important work. Through my own adventures in New Mexico’s Gila National Forest, Virginia’s Mount Rogers National Recreation Area, Colorado’s Maroon Bells, California’s Inyo National Forest, and New Hampshire’s Pemigewasset Wilderness , I have discovered that hidden gems surround us, beckoning us to explore them. All we have to do is open our eyes to them, step forward, and begin walking. 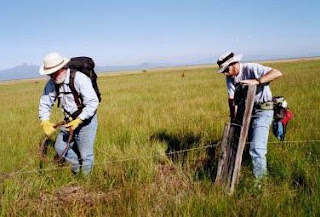 Wilderness Volunteers has a treasure trove of 2009 projects like these in need of volunteers willing to explore…or rather explorers willing to volunteer. Check them out, and, like Powell, Dellenbaugh, and company, see what hidden gems you can discover.