Get That Song Out of My Head!

In the classic tale of survival, Touching the Void, Joe Simpson recounts being stuck in a crevasse, hurt and thinking he was dying, and he had a song by the British band, Boney M, stuck in his head. “Bloody hell,” he remembers thinking, “I’m going to die to Boney M.” When he tells the story in the movie based on the book, that part always gets a laugh from the audience. Because we all know what it’s like to have a bad song stuck in our heads, endlessly repeating.

But it’s no laughing matter when you have an inane song in your head, and no matter how many times you try to think about something else, it keeps popping up. And sometimes songs can be suggested by fellow hikers that then become stuck in your head. My worst experience with this was a girl telling me that she had the song, The Gambler, stuck in her head. For miles, I couldn’t stop thinking about it. That has to be one of the worst songs around to be saddled with, and I’m not going to repeat any of the lyrics here.

My plan this year was to learn the words to some songs that I really like so I would have something to distract me from bad song hell. The rule was that the song had to be complex enough to be interesting — no endless repetition of the chorus please. This is my current favorite distraction song:

Water songs are always good, whether they are old Irish chanteys or river songs.

Songs with mystery and longing are always good.

Think about how many times I have fallen
Spirits are using me; larger voices calling
What heaven brought you and me cannot be forgotten
I have been around the world, looking for that woman/girl
Who knows love can endure — And you know it will

Songs with tight harmonies give you lots of options to practice different parts. Air guitar helps. 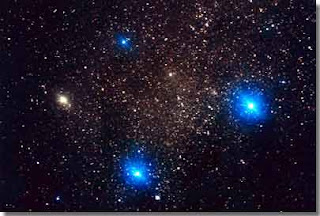 This song was written by Stephen Stills and the Curtis brothers and covered by Jimmy Buffet; I prefer the original Crosby, Stills & Nash version. You can find a great YouTube video of them performing this song at this link.

So I’m sailing for tomorrow, my dreams are a’dying
My love is an anchor tied to you, tied with a silver chain
I have my ship and all her flags are flying
She might be all that I have left, and Music is her name

I first saw the Southern Cross (the constellation) on a Wilderness Volunteers project at Hakalau Forest National Wildlife Refuge on the Big Island of Hawaii. It barely came up over the horizon and didn’t stay there long.

So we cheated and we lied and tested
And we never failed to fail — it was the easiest thing to do
You will survive being bested
Somebody fine is gonna come along, make me forget about loving you.
In the Southern Cross.

What are some of your favorite songs to while away the time while hiking?