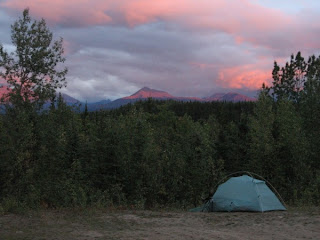 If you’re looking for something to do this Thanksgiving, and watching the Cowboys annual Thanksgiving football game doesn’t fit the bill, check out National Geographic’s new series titled “Americas Wild Spaces.”

The series takes an in-depth look at Yellowstone National Park (all 2 million acres of it, which makes it bigger than Rhode Island and Delaware combined), Death Valley (from its highest peak at 11,049 feet to its lowest point 282 feet below sea level), the Grand Canyon (which, yes, can be seen from space), the Appalachian Trail (all 2,175 miles, 165,000 white blazes, and 5 million steps), the Everglades (and its 1000 species of plants, 300 species of birds, and 27 species of snakes – 4 of them venomous), Yosemite National Park (home to Yosemite Falls, which is 13 times taller than Niagara, and giant sequoias that are wider than most city streets), Hawaii’s Papahanaumokuakea Marine National Monument (try saying that ten times fast!), Canyonlands National Park (and its thousand year old rock art and petroglyphs), and Denali (home to North America’s tallest mountain – which is still growing!).

The Thanksgiving day marathon begins at 2pm on the National Geographic Channel. Check the schedule here.

Interested in visiting any of these places? Check out the WV 2010 project list, which features projects in many of these locations. Spring projects have been posted, and Summer/Fall projects will be announced on December 4th.