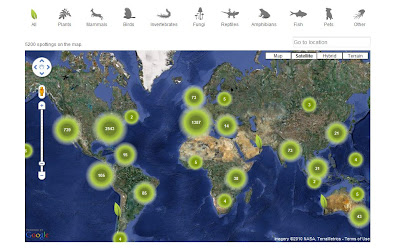 I don’t own an iPhone and don’t plan to buy one anytime soon. I was slow to purchase a cell-phone, prefer a simple roadmap to a GPS system, and don’t understand all the excitement about eBooks and eReaders. My friends and siblings – hot on the trail of new technology and all its bells and whistles – call me “old fashioned” and, despite being just 29 years young, an old man. (Note: I do own a used iPod and am computer savvy, so I would argue that those labels are at best only half-true – and not necessarily a bad thing.)

That’s not to say that new technology doesn’t have its merits. In many cases, I’m just not interested in paying for something that I already have (“Why buy a GPS when I own a road atlas?”), can get for less (“Library books are free!”), or can do without (“An iPhone”). In addition to being called an old man by those closest to me, I’ve also been called cheap. Fair enough. I call it a virtue.

That said, here’s a neat iPhone application that, if I owned an iPhone, would be in my toolkit. Developed by two university students, Project Noah is a tool that nature lovers can use to explore and document local wildlife, and add their findings to a global database which scientists and like-minded organizations can use to support their research. Surprisingly – and here’s the key – it’s simple enough for amateurs to record the specimens they find, but detailed enough that professionals can use the information in their research.

Here’s how it works:

1) Users photograph bugs, plants, and wildlife, label the images, and submit them to Noah’s site. Location details are automatically captured by the system, and all information is stored in a database.

2) Scientists, research groups, and your average nature lover can access the database to learn about what’s living in the area, track migrating birds and invasive species, document endangered species, and more. Information can be used for a variety of purposes: to support scientific research, enhance a simple day hike, or bring nature into the classroom.

And in keeping with the spirit of the “citizen science” movement popularized by traditions such as the Audobon Society’s Christmas Bird Count, Noah is currently working with a variety of groups to gather critical information about the environmental impacts of the Gulf Coast Oil Spill, and is coordinating efforts to save endangered wildlife in the impacted areas.

I think Project Noah certainly could come in handy – and be a lot of fun – in the backcountry.

And better yet – it’s free!