Where’s Your Other Wheel? 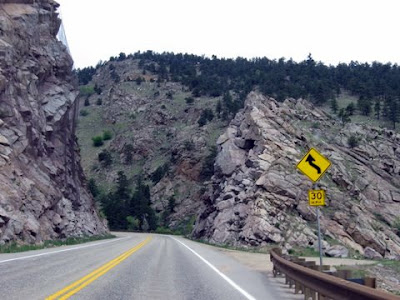 This past summer marked my sixth Wilderness Volunteers trip since I first hit the trail as a WV participant back in 2000. Every trip has been memorable, fun, different, and full of good people, good work, good laughs, and good stories – like that one about the unicyclist.

Of all the things you might expect to see while driving to the trailhead along a narrow, winding, rolling mountain pass deep in a remote national forest, a unicyclist is not one of them. Amidst the tractor trailers and logging trucks barreling along the pavement, the swift, roaring whitewater only feet from your front wheels in the gorge below, and the towering mountain walls and runaway truck ramps bordering the roadway, an individual on a one-wheeled contraption best known for its role in a juggling act in the circus surely does not belong here.

Or so you’d think.

As we cruise along Idaho’s scenic Highway 12 at a cautious 50 miles-per-hour, leaning into each turn with an occasional anxious glance in the side mirror for that reassuring white line, then touch the brakes to slow our descent down a steep section of one of the country’s most picturesque roadways, we see something – someone – just off the shoulder in the oncoming lane. At first glance, it appears to be a cyclist (the Tour de France type) out for a day’s ride, climbing what must be one of countless, punishing hills along his route.

But something is different. This guy is riding upright, with no hands, and only one wheel beneath him. And though he isn’t wearing big floppy shoes, a painted face, or juggling bowling pins or flaming swords in his hands, he is definitely riding a unicycle. And he’s riding it uphill, in the middle of Idaho’s Clearwater National Forest, on a highway, as 18-wheelers and whitewater rumble by.

Unicycling looks hard enough, and unicycling uphill – on a narrow highway – looks even harder. I can only wonder how he’s going to make it down the other side. Do unicycles even have brakes?

It turns out they do, and that unicyclist is Sky Horne, a 21 year-old from Baltimore, MD, and a self-proclaimed “ultralite backpacker” (he thru-hiked the Appalachian Trail last year) and “passionate unicyclist” (who seeks to dispell the myth that unicyclists are merely circus performers). As you’ve likely now concluded, he wasn’t simply out for a joy ride.

Sky’s journey began some 2,500 miles away in Yorktown, VA. By the time we encountered him along Idaho’s Highway 12, he was well on his way to finishing his 3 month, 4,262 mile cross-country journey which would conclude in Astoria, OR. With just an iPod and a six-and-a-half pound pack on his back, Sky has couch surfed and cowboy camped his way across America’s heartland – while riding a unicycle, of course. What a way to see the country.

After passing this ambitious “thirty-sixer” (so named for the 36-inch wheel on which he rides), we rendezvous with the WV group at the trailhead, and begin our journey into camp deep in the Selway Bitterroot Wilderness. It turns out others had seen Sky, too, and some had a chance to speak with him as he took a quick break at the Ranger Station (one of just a few breaks he allows himself during his daily 50-60 mile slog). Eyes widen in amazement, and smiles and laughter abound at the thought of anyone riding a unicycle across the country – let alone through the mountains, on Highway 12. Who would have thought?

We hit the trailhead, having accepted that our 10 mile hike has increased to 14 due to a late-breaking project relocation. No sweat. Our group is off. The hiking is long and hard. But as the day wears on, our packs grow heavy, shoulders tire, feet ache, the sun heats up. The mountains rise and the trail follows. Up, down. Up, down. 7, then 6, then 4 miles to go. This is harder than we thought. How much longer? This is the longest distance I’ve ever had to hike to base camp. Are we there yet?

And though our bodies begin to suffer, our minds don’t. We push on. This group is tough. Each time spirits begin to show the slightest chance of slipping, or someone drops back, the group erupts, “Remember the Unicyclist!”

Hat’s off to Sky. And hat’s off to dispelling the myth that unicyclists are mere circus performers. Apparently they’re mountain men, too.