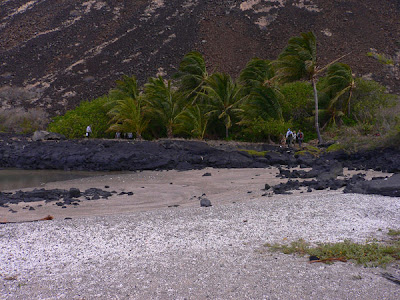 In March of 2010, I was lucky enough to co-lead a Wilderness Volunteers trip to Halape beach in Hawaii Volcanoes National Park. We backpacked about 8 miles in over some fantastic lava down to the coast line and spent a week removing invasive vines and trees. These trees/vines have been creeping in further every year and are significantly reducing the available real estate on the beach for the mother turtles to nest (not to mention keeping the tiny babies from reaching the ocean after they hatch). 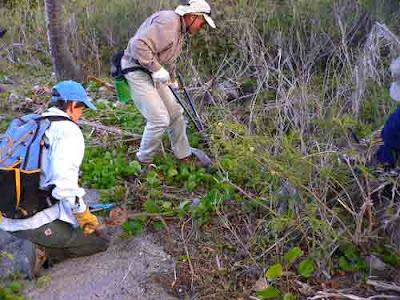 The Hawaii Island Hawksbill Turtle Recovery Project reports that the last nest of the 2010 season hatched in mid-January 2011. Between April and January, 40 nests from 13 turtles at six different beaches (including Halape!) were documented on the southern coast of Hawaii.

They are estimating that 4000 baby turtles made it to the ocean.

I’m proud to have been a part of this fantastic work project and greatful that Wilderness Volunteers made it possible. 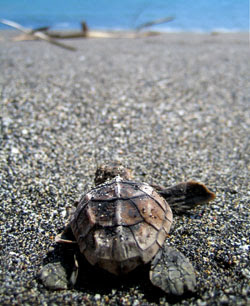