Moose Tracks…(Not the Ones in Your Freezer) 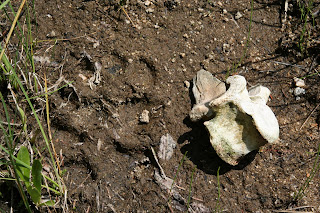 Ever wonder whose tracks those are on the trail? Or what the difference is between a dog and a wolf track, or a black bear and a grizzly bear print? (Which could be useful…) Check out “Off the Beaten Path”, a short article in Audobon’s September 2011 issue which profiles top wildlife tracker Mark Elbroch – one of only 16 people in the US with a specialist certification – and offers a view into the fascinating, competitive, and controversial world of wildlife tracking.

Read on to learn more about this growing hobby, the role it plays in conservation efforts, and whether those tracks belong to a Douglass squirrel or a gray one.